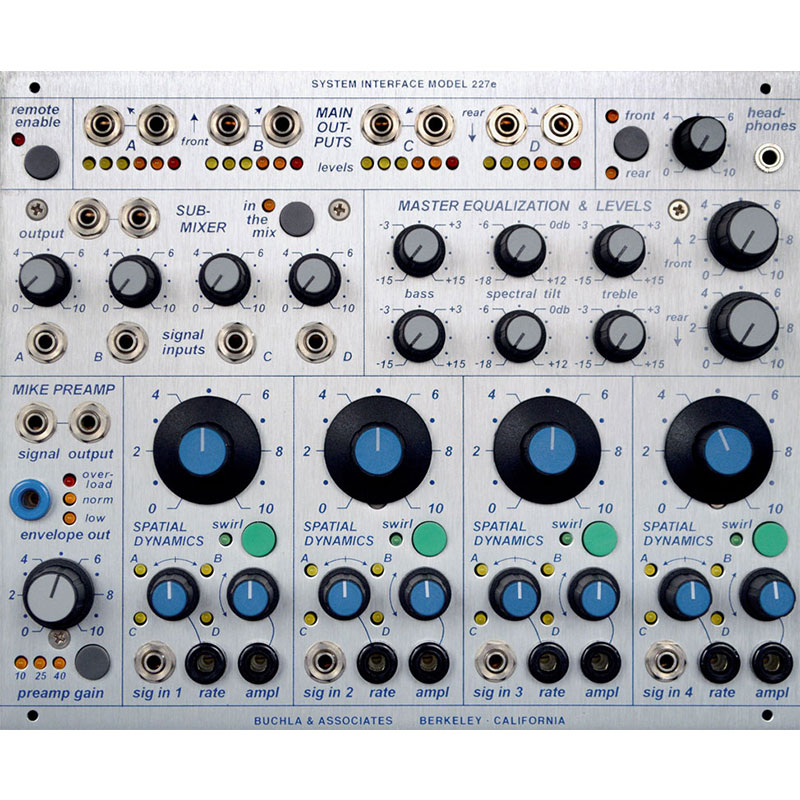 A total of nine signal inputs are provided. Four are primary inputs, and can be individually located in two-dimensional space under voltage control. Automated movement around a four-channel (quad) space can be implemented with voltages controlling rate, direction, and radius. LED indicators display activity and aid in bus assignment.

Another four inputs appear as a separate, independent four-channel mixer with a single output; these inputs may optionally be connected to the four main outputs. A microphone preamplifier with envelope detector is also provided.

Equalization can be applied to front and rear channels; a spectral tilt function is introduced that compensates for the high treble energy as needed. Individual EQ masters for front and rear are also provided. Monitoring facilities include VU meters on each channel and a headphone driver for front, rear, or all channels.

Certain parameters of the 227e can be stored as part of 200e series setups using the Preset Manager on the 225e or 206e modules.