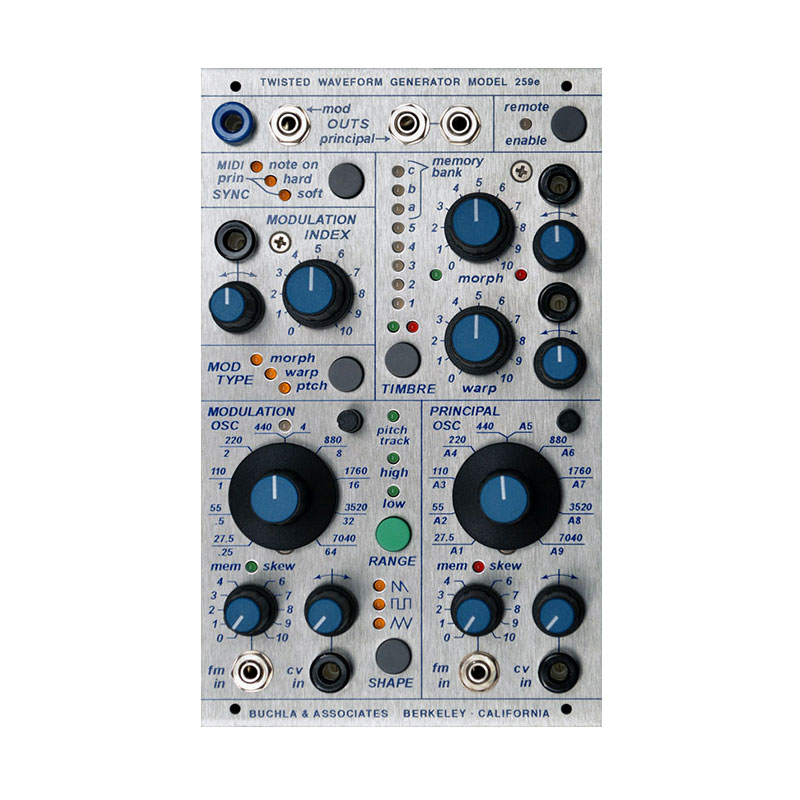 The 259e Twisted Waveform Generator is nearly identical to the original 259, including the implementation of the original digital waveshaping, aliasing noise, and foldover frequencies. The new version, however, adds self-modifying, screeching, snarling responses that reflect weird internal origins—hence the name “twisted.”

In most other ways, the 259e is comparable to the 261e Complex Waveform Generator, with voltage-controlled modulation of pitch, amplitude, and timbre, hard and soft synchronization, and pitch tracking.

In conjunction with the model 225e MIDI Manager, the 259e’s pitches respond to internally-routed MIDI messages. Up to four 259e’s can reside in a single system, with each responding to a unique MIDI channel (if desired).

The 259e’s settings can be stored and recalled as part of a preset configuration using the 225e or a 206e Preset Manager.